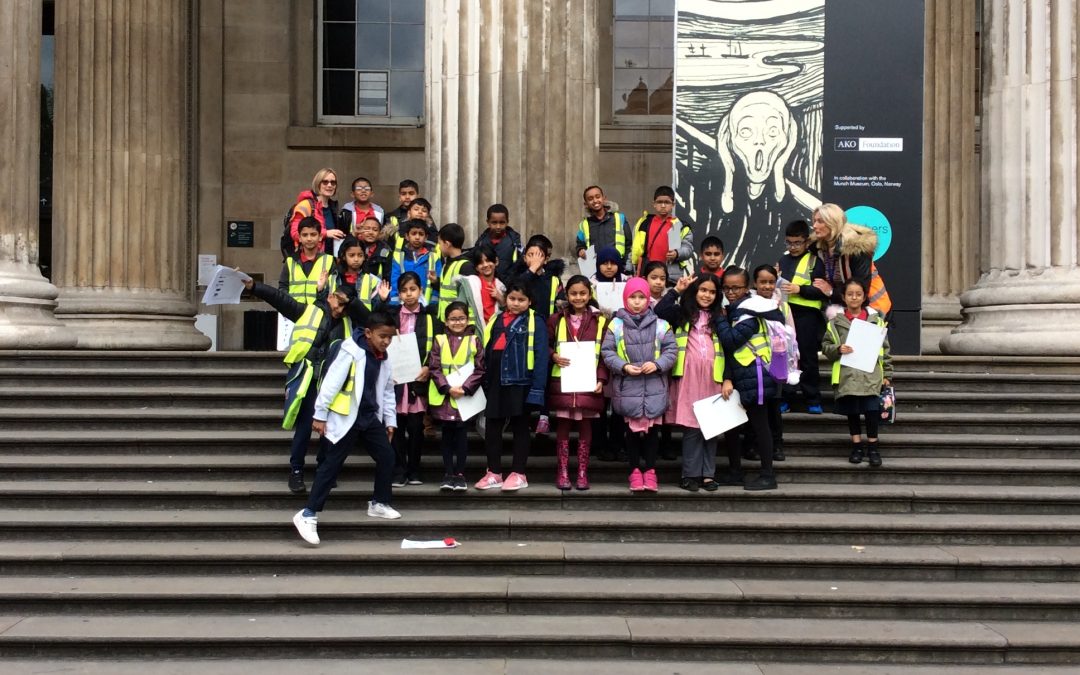 The British Museum today was the site of an invasion of Year 3 Anglo Saxon students! The young historians were keen to investigate the treasures found in the Sutton Hoo ship burial which date from the Anglo Saxon period, around AD600.

As well as studying items from the Anglo Saxon period, Year 3 pupils took the opportunity to look through the Roman rooms and at Islamic treasures from around the world.

“I learnt that the Anglo Saxons were different to the Romans” said Saahis. For Aaqib, the best bit was seeing the Islamic artefacts and looking at the Arabic inscriptions.

One member of 3A Hepworth class was inspired to write a poem about the experience:

The Anglo Saxons were strong

They took faith always in their race.

Come on that’s the pace.

Go on show your face.

But they sometimes died.