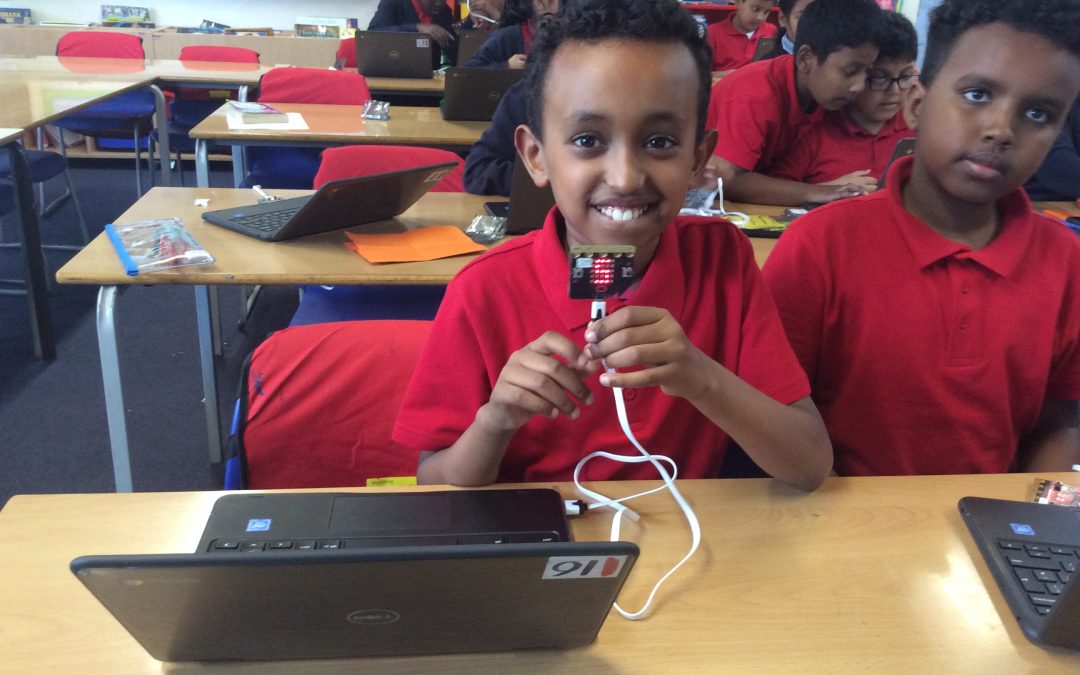 Last week, the new coding club members met together for the first time. The excitement was palpable, as students were eager to get started on their first project.

Using the Chromebooks, we logged on together and browsed to the Code Club website to learn about something called a micro:bit.

The micro:bit is a small computer which can run code. We learnt about the different parts of the micro:bit – processor, accelerometer, bluetooth chip, battery connector, USB port – and then we began to code our own image to run on the LED lights.

After some tinkering, we were able to display our own images by ‘flashing’ the data to the tiny computer!