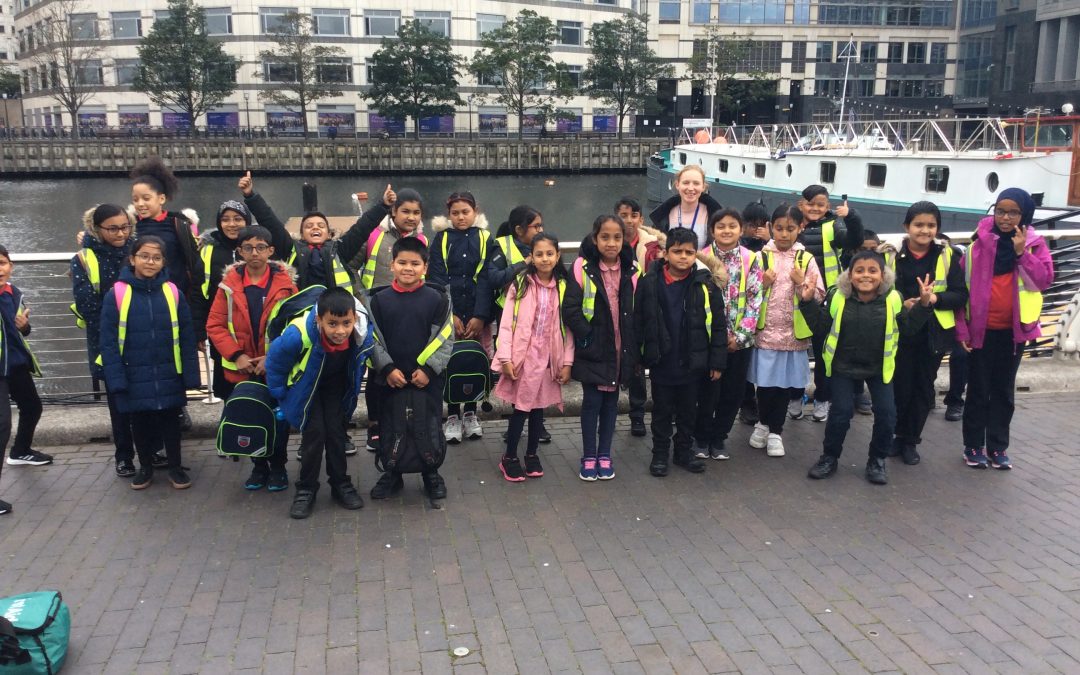 Today we visited the London Docklands Museum. We were exploring all the artefacts that were there! (Nurun)

We saw lots of boats representing the London Docklands and how they travelled. (Ifaz)

I learnt that back in the days they used very, very old, small boats. I learnt that they traded tea and in the museum I smelt it and guessed what it was. (Akram)

One artefact which was particularly interesting was the Occurrences Book.

This book was a log of everything which happened on a slave plantation.

We also spotted lots of maps of the Isle of Dogs and the River Thames which we recognised from our learning in class!

LICHTENSTEIN CLASS: Something we found out was that the dockers used hooks to help them carry the cargo, such as sugar, tea and spices. They also used cranes and pullies to help them get the crates and sacks into the warehouses – this meant they didn’t have to carry the heavy things up the stairs.

Outside, we looked at how the landscape of the docklands had changed, by comparing what we could see with old photographs. A lot has changed, such as there are much less boats now than there were and the only boats you see now are leisure boats instead of cargo ships. However the warehouses still looked the same and some of the old cranes were still there.

The pupils of Kahlo Class and Lichtenstein Class helped Ms Hodge and Ms Burren to write this blog, using words from their reflections. They also selected the photos and gave it a title.