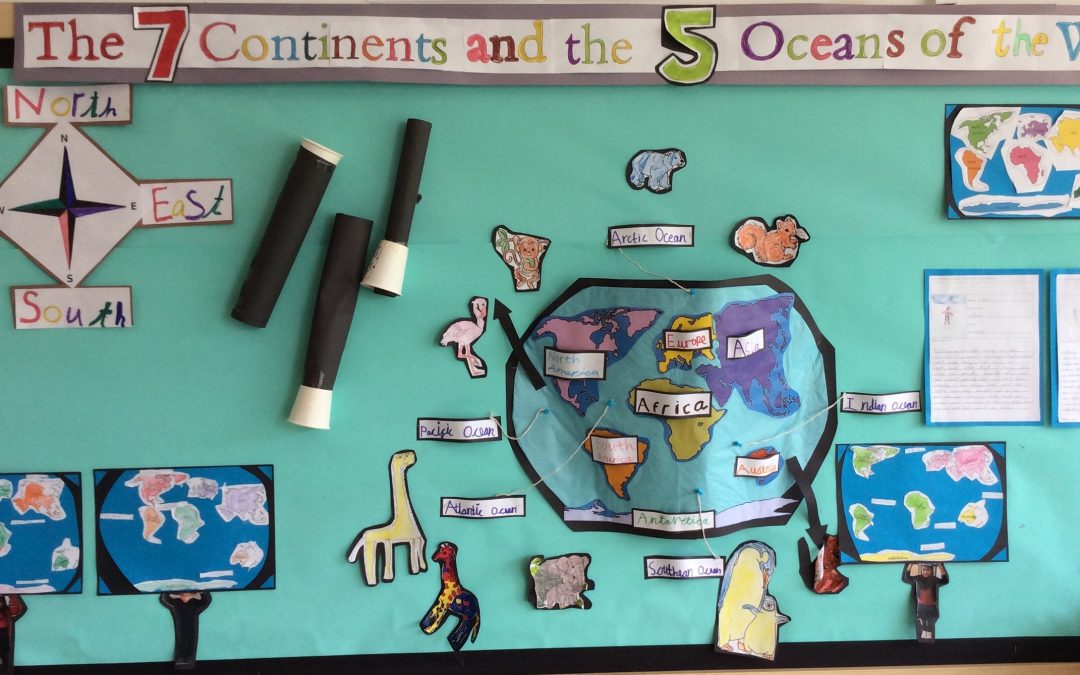 This term in English Delaunay class read Shen’s magic paintbrush and had the opportunity to write different incidental pieces. This is a showcase of the fantastic pieces the pupils created:

The children have worked hard this term on their numbers using ‘Number Sense’ to improve their number fluency.

“It has helped me a lot, I am more confident adding one more to a number and I understand 7 tree and 9 square.” – Adli

“I have learnt a strategy when I have to add instead of counting from 1 – 5; I can put up five fingers and add on the number.” – Arisha

In geography the children explored the 7 continents and 5 oceans and had the opportunity to explore the world map and create their own using directional language such as north, south, east and west to describe the locations of the continents.

“No because he colonised Americas and took all their money, animals and food., following that Spain became rich.” – Musa

“Yes because he discovered a new land and exported good from America to Europe.” – Yusrah

This term Delaunay have worked extremely hard, WELL DONE! – Miss Ampeh, Ms Begum, Ms Huma and Ms Aziz are super proud of the progress you have made.

Have a lovely Half Term.