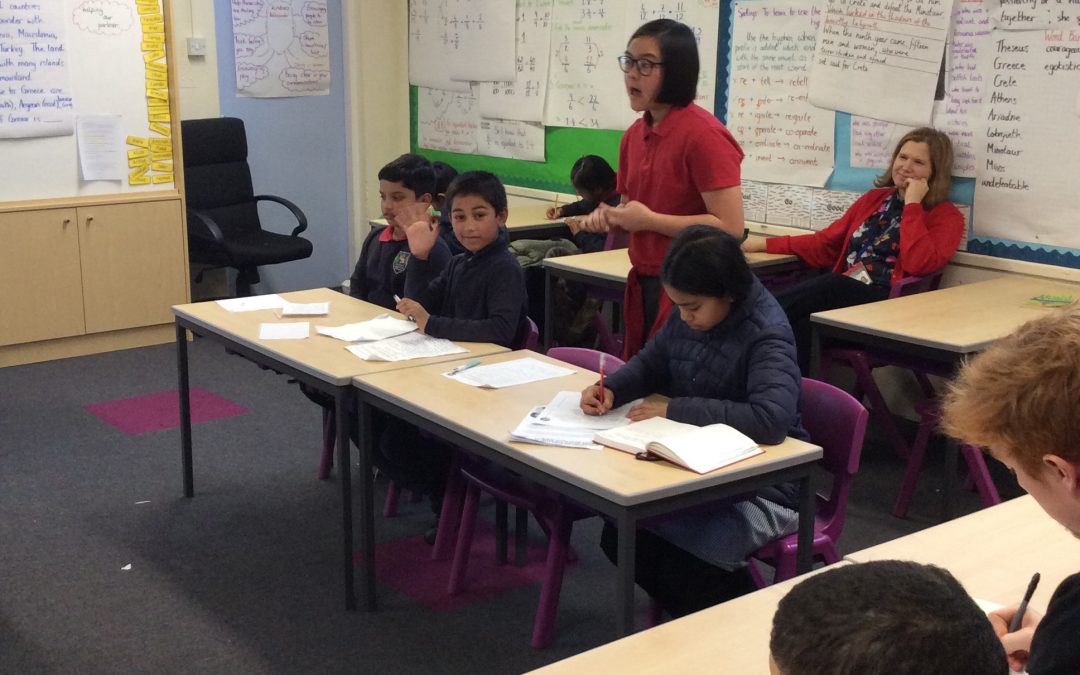 This year is the second year we have been a part of Debate Mate, a national competition for children in primary and secondary schools, and this year we were proud to host one of the competition heats at Lansbury Lawrence.

Five schools came to compete, and over two hours children debated against each other. One of the motions debated was, ‘This house believes that no matter what your job is, we should all be paid the same’. Children spoke for and against this argument. The second motion was, ‘This house would ban all exams’. As you can imagine, this was a very interesting debate!

Well done to everyone who took part, and we are keeping fingers crossed that we make it through to the final rounds of the competition. We are currently 23rd in the whole of the UK, which is already a massive achievement.