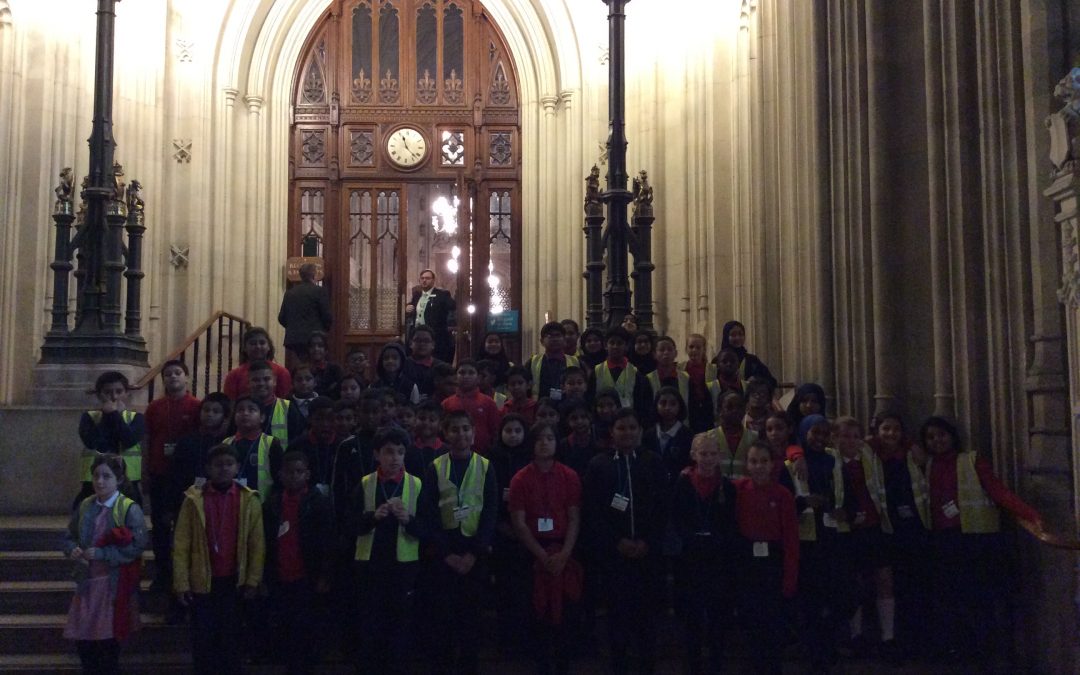 On the 9th of September Year 6 visited the Houses of Parliament. They explored the houses of Lords and Commons and learnt many facts about how Parliament was made and how it has changed. A debate was done in groups to practice how a sitting of the house of Commons would run. One group debated whether school uniform should be banned. decision was no! They even met Jim Fitzpatrick the Member of Parliament (MP) of Poplar and Limehouse who answered our questions on what being an MP is like. They were also exemplary ambassadors for the school.

Did you know that Michael Jackson offered £3.5 million for the Queen’s throne in the house of Lords. She told him to beat it.