Around the World with our Amazing Explorers 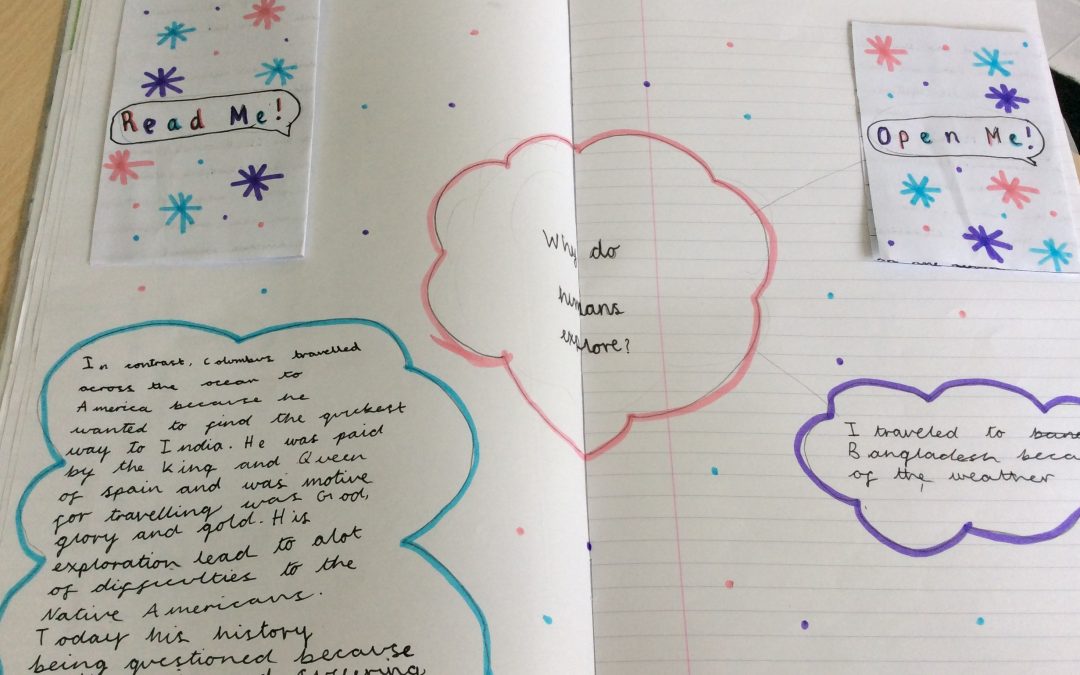 This half term Van Gogh class have enjoyed travelling back in time and learning about the world through the eyes of four amazing EXPLORERS to help us answer the question of ‘Why do Humans Explore?

For our whole class reading we enjoyed looking at two contrasting texts Ice Palace and Ice Trap. The story of Ice Palace captured the children’s imagination and the story kept us on the edge of our seats as we followed Ivan on his journey to save his brother from the Starjik, the evil creature kidnapping the children of the village during the winter months.

In Ice Trap we followed Shackleton and his crew on their heroic expedition to Antarctica. The author created such tension as we read with such avid interest to see whether the crew would survive the icy conditions when their ship broke down.

In Science we have learnt about the functions of our teeth and the Digestive System. We carried out a science investigation to find out what causes tooth decay by looking at the impact different drinks have on our teeth. There were some really surprising results and we know now why and how fizzy and sugary drinks cause tooth decay.

We looked at the Digestive System to find out how food travels through our body. We learned about the different organs in the digestive system and their functions. We then put our knowledge together and created a display for our classroom that showed our learning.

For P4C this half term, we were focusing on one of the 4C’s being creative thinkers. For the past seven weeks we put our thinking hats on and played warm up activities and used different mediums for our stimulus to come up with philosophical questions that we could ponder over.

We spent this half term looking at four different explorers from across different periods in history and the legacy they left behind. We first looked at Ibn Battuta a Moroccan Muslim explorer who lived during the 14th Century as he travelled to 40 different countries across the Middle East to as far as China. We then compared Ibn Battuta to Christopher Columbus and he looked at the reasons for his voyage across what we now call the Atlantic Ocean. The children also learnt about the French female explorer Alexandra David-Neel who had the travel bug from a young age and mapped her journey to Tibet. We also looked at the trials and tribulations of Sir Ernest Shackleton as he endeavoured to trek across Antartica.

We had a fun half term learning about all these amazing explorers and we can’t wait to delve into our new topic after the half term holidays.