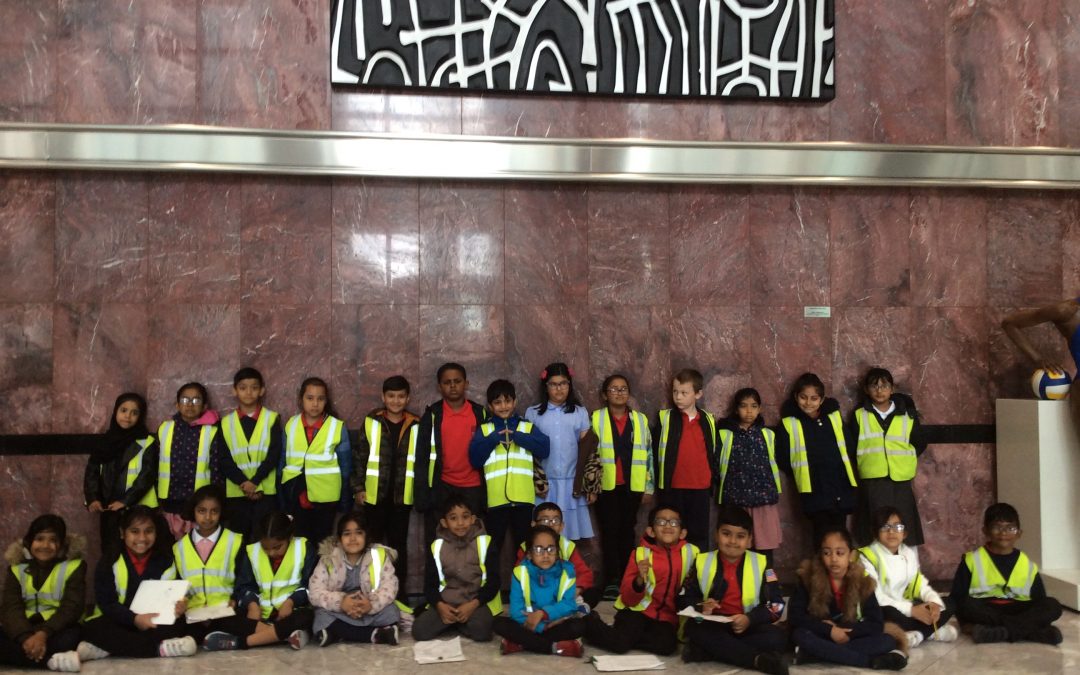 We explored the old docks and quays and saw the old cranes and warehouses. We imagined what life would have been like when the area was bustling with dock workers loading and unloading ships from around the world.

After that, we visited the more modern buildings, including going inside One Canada Square and got to go right up to the 30th floor! We sat in the boardroom, where most people aren’t usually allowed, to go and looked out over a view of the Thames and the O2.

“The tall tower that most people call ‘Canary Wharf’ is actually called ‘One Canada Square’? It’s called that because the company who made it were Canadian”