Romans and the Jubilee Fete 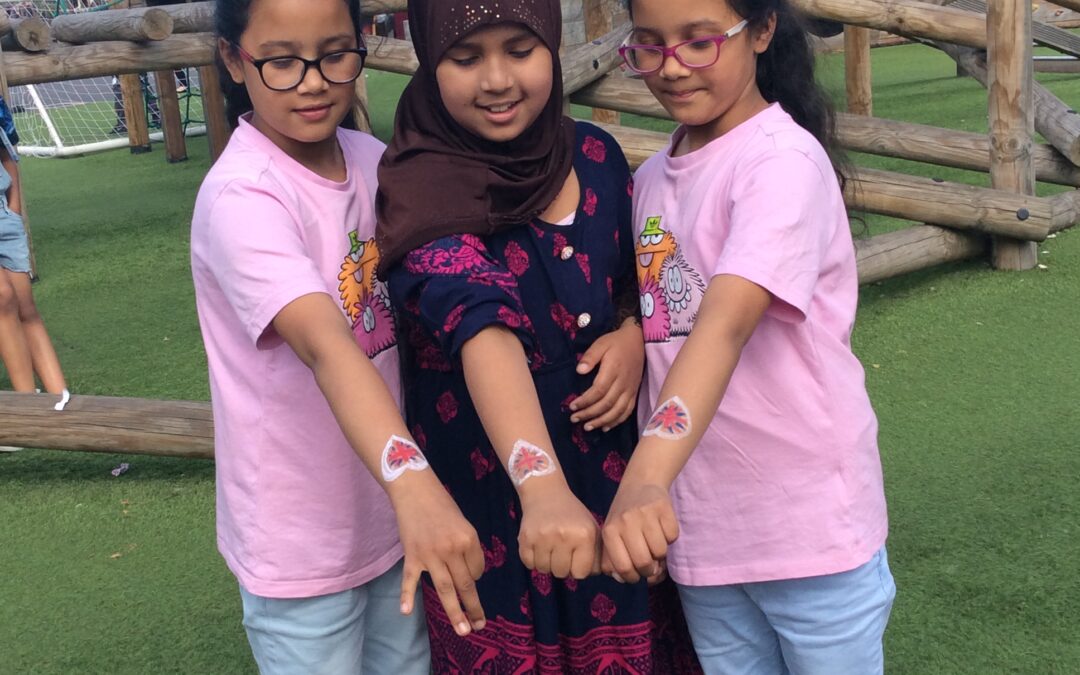 by Shadi and Muhsin

We returned to school on Monday and started our new unit about the Romans. We have already learnt that the Romans had a powerful empire 2,000 years ago and that there’s a story about a brother called Romulus who quarrelled with his twin Remus and then created Rome. I thought it was true but parts of the story sounded like non-fiction and now we think it’s a myth. In PE we are getting ready for sports day by doing athletics, but Miss Taylor said we will start training like a Roman soldier as well. Art was about the Romans too because we learnt that Romans carried bullas and we did a plan for ones we will make next week.

Maths:
We have been learning about parts, wholes and unit fractions. If you have one part out of a number of equal parts that is a unit fraction: one-fifth is an example that has five equal parts. We can also count in tenths now, and Yasin and Aleena collected the trophy because our class won class of the week in TT Rockstars on Thursday.

Science:
We worked in pairs to show the class examples of push and pull. These are forces that are the opposite of each other, and our venn diagrams helped us to put actions into different groups.

This week was also our school fete, and we had a lot of fun activities to do such as art, football, face painting and bouncing on a bouncy castle. Some of the children did a silent disco, and there were parents and year six children helping Ms Padmore. We enjoyed the face painting the most and scoring goals in the beat the keeper competition.